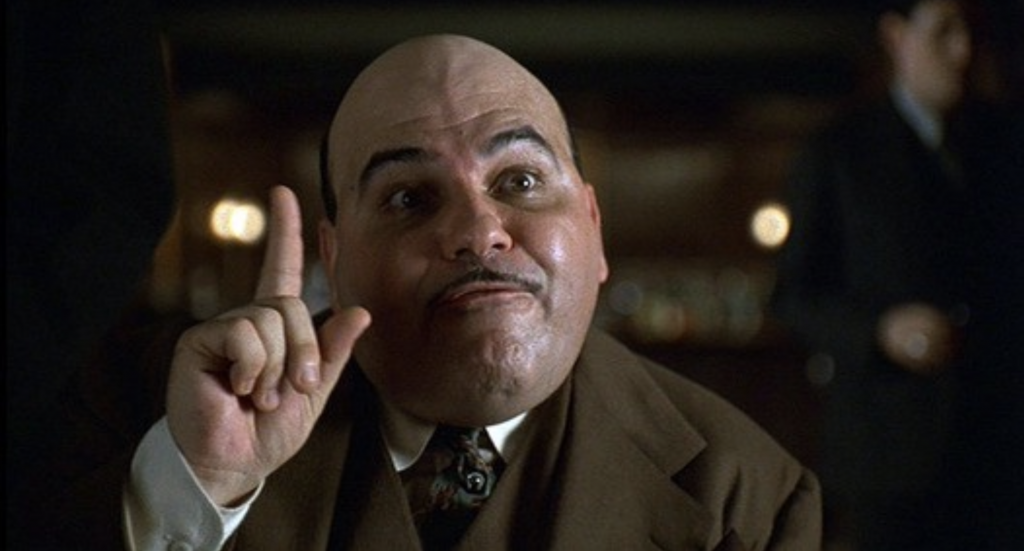 ETHICS! If you can’t trust the fix, what can you trust?

It warms my heart every time I hear the late, great Jon Polito discuss the topic of ethics in Joel and Ethan Coen’s Miller’s Crossing. Ethics in character Johnny Caspar’s view is what separates us from the beasts of burden, what keeps us from anarchy. The subtext for honor among thieves.

Now if you can’t trust the fix, what can you trust? For a good return, you gotta go bettin’ on chance, and then you’re back with anarchy, right back in the jungle. That’s why ethics is important — what separates us from the animals, the beasts of burden, the beasts of prey. Ethics.

Let’s finish it here with our own version:

Whereas, uh, dopers of any kind, is a horse of a different color, ethics-wise. As in, they ain’t got any.

It’s a movie. I don’t believe a word of it, but it entertains me as it accurately paints the world that Caspar lives in. Honor among thieves. The fix. The silence. The acceptance of the fix and the silence as a code of ethics allows thieves to protect each other.

Somehow, in cycling, we watch a similar world. Honor among thieves. Silence. Omerta. So as Caspar would say, “back to this topic…ethics”. Leaving biological doping aside, while we watch governing bodies punt to new organizations that are likely underfunded, we can at least see an admission that the UCI understands that the only way to stop doping is to innovate. The 2022 UCI Agenda spells out their vision for credibility in catching cheaters of all kinds. Specifically, the plan on technological cheats feels vague and out of date. In summary:

With the possible exception of taking bikes apart, many of the controls feel like a rehash of the same-old/same-old. As anyone who is familiar with anything I have ever written, no mention of the use of data, no mention of machine learning, or synthesis of performance results to start understanding where to look. But I digress. This isn’t necessarily meant to be an indictment of UCI’s “bad for business” policies on policing. Even though in their agenda they have declared a restoration of credibility and a forward-thinking vigilance to maintaining the credibility of the sport.

While our sport has restored its previously tarnished credibility, it needs sustained support to ensure that remains the case. The fight against technological fraud, the ongoing support against doping, and the safeguarding of rider integrity are among my priorities in that respect.

Again, if you can’t trust the fix, what can you trust? It’s a hard rule of mathematics that you probably won’t find more cheaters if you’re not looking that hard. Not without luck. And likely not without someone forgetting their ethics. 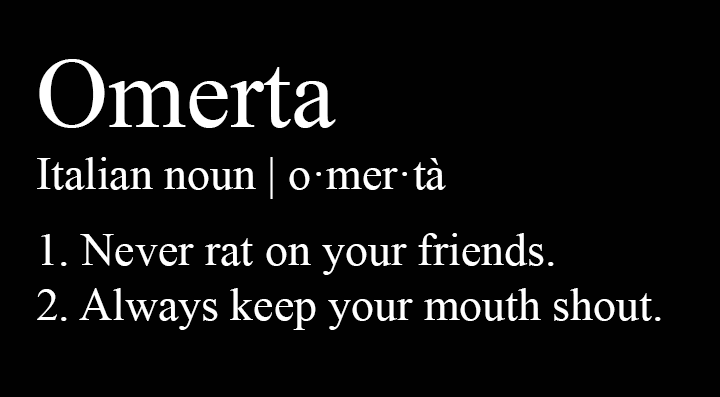 Omerta — The Backbone of Ethics

So we are all caught up on ethics. All caught up on technological doping. I could cite the examples, cite the ghost pedaling bikes, talk about “hide the bike”, and get into a whole riff on mechanical doping that went uncaught, untested, unfound. The racket of bike changes, unruly cadences, and cadences that went above zero RPM without anyone pedaling. It’s all there to unpack but it would take weeks, months maybe, and while the UCI can only rely on technology that is being outpaced, and therefore very beatable. But that’s just prevention. Root cause analysis goes back to ethics and Omerta.

The ancient mafia code of silence. Omerta. The ethics of protecting the status quo and honor among thieves, versus clearing the air. Johan Bruyneel was banned from cycling for his role in running the systematic doping program for U.S. Postal until the bill came due, the jig was up, and Armstrong confessed. “Singled out as scapegoats for an entire generation”, was Bruyneel’s defense of his situation. He may be right. Like cockroaches, where there’s one, there are thousands. And still, outside of a lack of test data, or any real advancement in the technology used to catch cheats (of any kind), to single out that one generation as the only doping generation, while the watts per kilogram continue to go up to ridiculous levels would be pretty naive. The problems are not even close to solving. Credibility has not been restored in the eyes of anyone that is actually paying attention.

It’s a question of ethics, everything above board, so you know who’s s a friend and who’s an enemy. — Johnny Caspar

And so on Twitter — several questions were posed to Bruyneel:

They doped, lied, bullied, threatened, blackmailed and bribed their way through pro cycling and life in general but when it comes to using motors, it’s suddenly unthinkable. What is it in these people’s brain where they do ANYTHING to win but stop short of a motor? @JohanBruyneel pic.twitter.com/xoWxhCtLUc

“If you had been offered motor technology would you have used it?”

The answer was that there were never motors used. The ensuing threads and arguments kicked up a theme of the honor among thieves that there is a line you don’t cross. Somehow, it was ok to dope — biologically — it’s still the athlete (however chemically enhanced), rather than some “artificial” means of creating the differentiation they needed to get ahead or stay ahead of the Peloton. Regardless of the bionic creation of half-drugs/half-human that is now powering their way up an HC climb without regard to the attainment of previously impossible numbers — it doesn’t matter. The ego tells them it’s ok, and that everyone is doing it. “Ethics”. Honor among thieves.

And what of it? The difference, that is, between biological doping to motor doping? What makes one more acceptable than the other? What could possibly create the sense of embarrassment and offense that Armstrong and his crew took to the insinuation that they might have had mechanical help as well as pharmacological help? The honor among thieves blurs the line and creates a notion of acceptable versus unacceptable and creates judgment within the ranks. But if everyone truly saw it as so offensive, why the headline on technological doping within the UCI Credibility manifesto? Clearly, there is an admission of the problem, along with a tacit if ineffective, and predictable “strategy” for dealing with it or at least appearing to deal with it. Perhaps only the biological dopers can tell us the answer to this question — IF — they are willing to speak about it. But again, we come to the misguided sense of ethics that steers the Omerta.

An aside about the use of honor among thieves — when fraud is committed, those that commit fraud, have stolen. Thieves. Let’s be clear on that.

Almost a decade has passed since Armstrong’s grift of a confession on national television. The notions of friendship, character, and ethics, were abandoned as deals were worked out to minimize the damage.

“You are pissed that you were singled out. Why not change that? You have enough info on others.”

The reply: “And, whatever I may know or not know, I’m not a rat unlike some of your heroes.”

Friendship. Character. Ethics. Bruyneel’s unwillingness to answer the questions, to put the record straight — hey it’s been a while, why not turn it around for yourself — speaks volumes about the culture. The Omerta persists, and we are left with only the notion of Johnny Caspar’s ethics. The friendship, character, and ethics of silence on what matters, while professing to know what’s good for the sport.

The jerseys still hang on the wall. They get posted for cheap sycophantic responses and clickbait, while Armstrong and his cronies have gone out of their way on The Move to dispel as ridiculous that they had ever used motors. Assuming as preposterous that they would never cheat in such an unethical way. That, in spite of everything else, they still believe they were the greatest ever. Giving us all the high hat, and then expecting us all to buy into it. Because, well, that dirty laundry they post pictures of still gets applause from those who aren’t looking closely.

So what’s the parallel with Miller’s Crossing? Well if you’re not there yet, I get it. I tend to wax a little poetic, and I own it. Bruyneel’s world, like Caspar’s world, has a code of ethics built around a criminal conspiracy. Owning those that control the enforcement of the rules, while making sure to pretend that those who enforce the rules are somehow still in charge. Differentiation on levels of criminality, fraud, and cheating, within those worlds comes down to maintaining the honor among thieves. To violate that code is an offense punishable by ostracization in the cycling world and Caspar’s world a bullet to the brain (always one in the brain).

To those of us that sit outside those worlds, we only see one thing, and it’s not ethics.