Punta del Este is located at the Atlantic Coast in the Maldonado Department of Southeastern Uruguay. Starting as a small town, Punta del Este became internationally known as a premiere seaside resort. Punta del Este has been referred to as “The Pearl of the Atlantic”,  and “The Monaco of the South”, making it a riviera destination in South America.

During race week, the AWA Boutique & Design Hotel is the place to be for all GFNY activities including  the expo, packet pickup/registration, and pre-race group rides. The start line and post-race activities are located a few short kilometers away, at the Parador Pedro Figari. The GFNY Uruguay team has created two beautiful courses for the 2022 edition of GFNY Punta del Este. The long competitive course clocks in at 172.8 kilometers, and an elevation of 1773m. The medium, non-competitive course, has a total distance of 84.9 kilometers and an elevation of 627m.

Let’s have a closer look at how to tackle GFNY Punta del Este.

Be A Pro For A Day in Paradise. 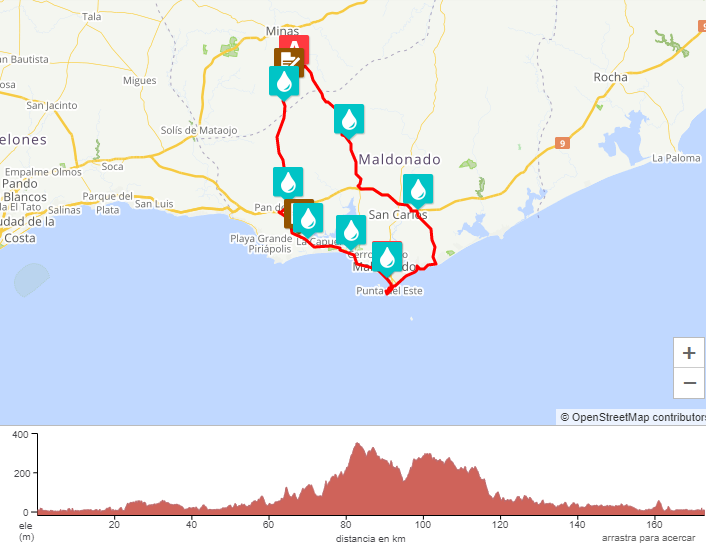 Your GFNY will start at the Atlantic Coast with a beautiful view ofthe sea. You will follow the coastline for the first 22km of the race before heading inland to the hilly hinterlands of Uruguay. As you leave the coast you will arrive at the first hilly section of the course. El Chorro is the name of the first selection, at only 800m, El Chorro is not that long, but long enough to create a little early action and provides a chance to drop some riders. But take our advice, it would not be wise to go full gas on this first section, as you still need to race 150km and with a number of hills that will follow later on the course. After 54km of racing the medium course riders will head South back to Punta del Este, and along the way they will pass by the Laguna before getting back to the coastline. If you are riding the long course, it is at this split where the start of the 2nd hill will greet you.

Cerro Negro is the second obastacle of the day, a 400m hill, short enough to test your legs and check how strong the riders in your group are. The following hills will come one after the other – very quickly. Ten km later you will get to conquer Pueblo Edén which is 1.1km long. As you summit Pueblo Eden you are still not quite half-way through the course so make sure that you don’t start to burn too much energy on these hills. Los Hermanos, another 1.1km hill, will follow 8km later. The last challenge of this hilly section is Zanje del Tigre. This hill is also the longest on the GFNY Uruguay Course. Zanje del Tigre clocks in at 3.6km long, the perfect type of hill for dropping other riders, but it’s still long to the finish, with one more climb to go, but the hardest part of the long course is now behind you.

El Ramallo will be the next categorized climb on the GFNY Punta del Este Long Course. You will reach El Ramallo after 106km of racing, and at 600m it will be long enough for you to drop some riders, but you still have more than 60 km of racing to go. Once you reach the top of El Ramallo the course will be mostly downhill as you make your way back to the coastline.

Punta Ballena is your last chance to drop riders in your group, and this will be the last categorized hill during your race. As you summit Punta Ballena there is 12km left to cover to the finish line at Punta del Este. If you want to go solo, make sure you check where the wind is coming from, because it can be very windy on the coastline, and you don’t want other riders to reel you in as you fight the wind.

Make sure that you drink and eat throughout the course, as a hilly course of this length requires a lot of energy. 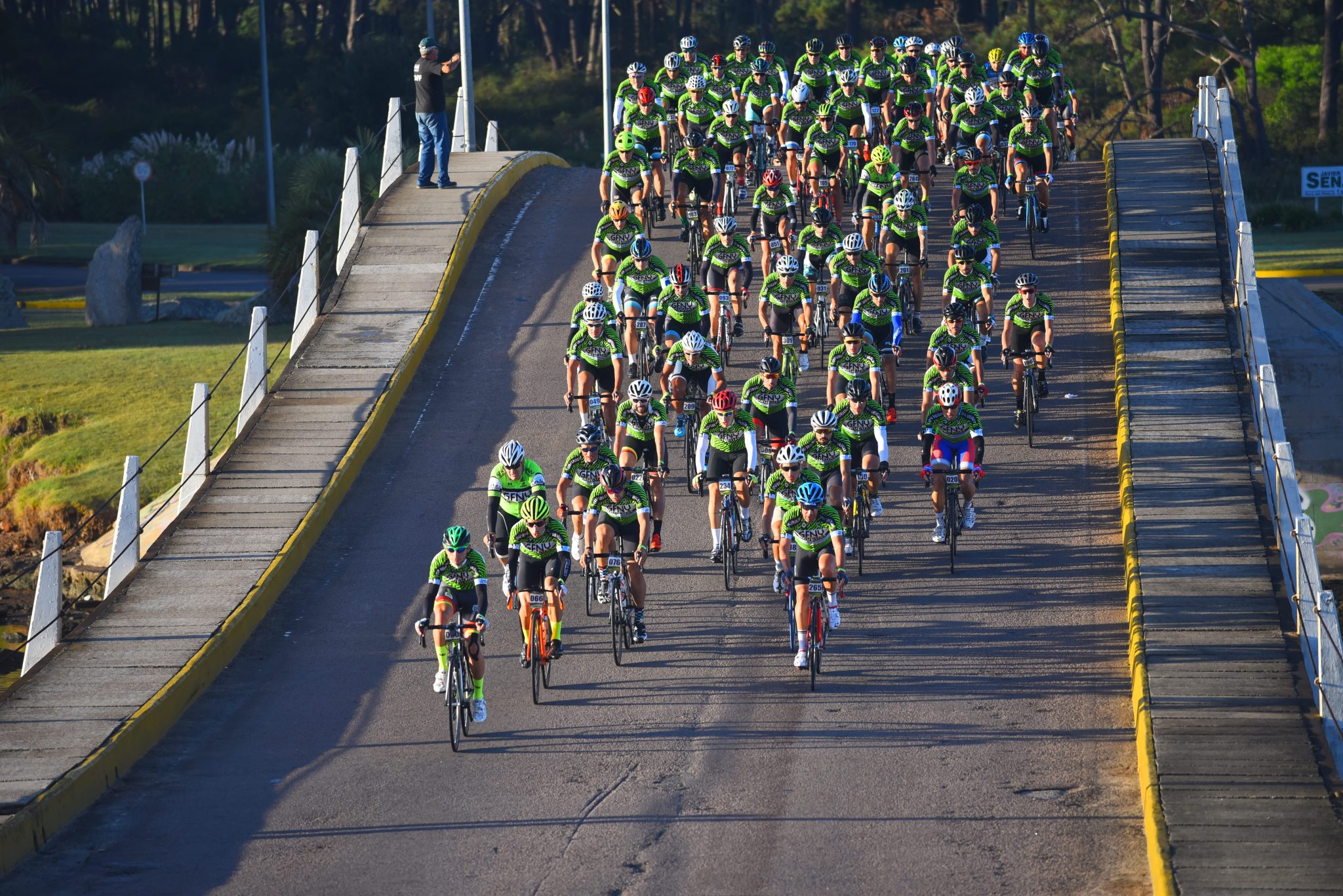 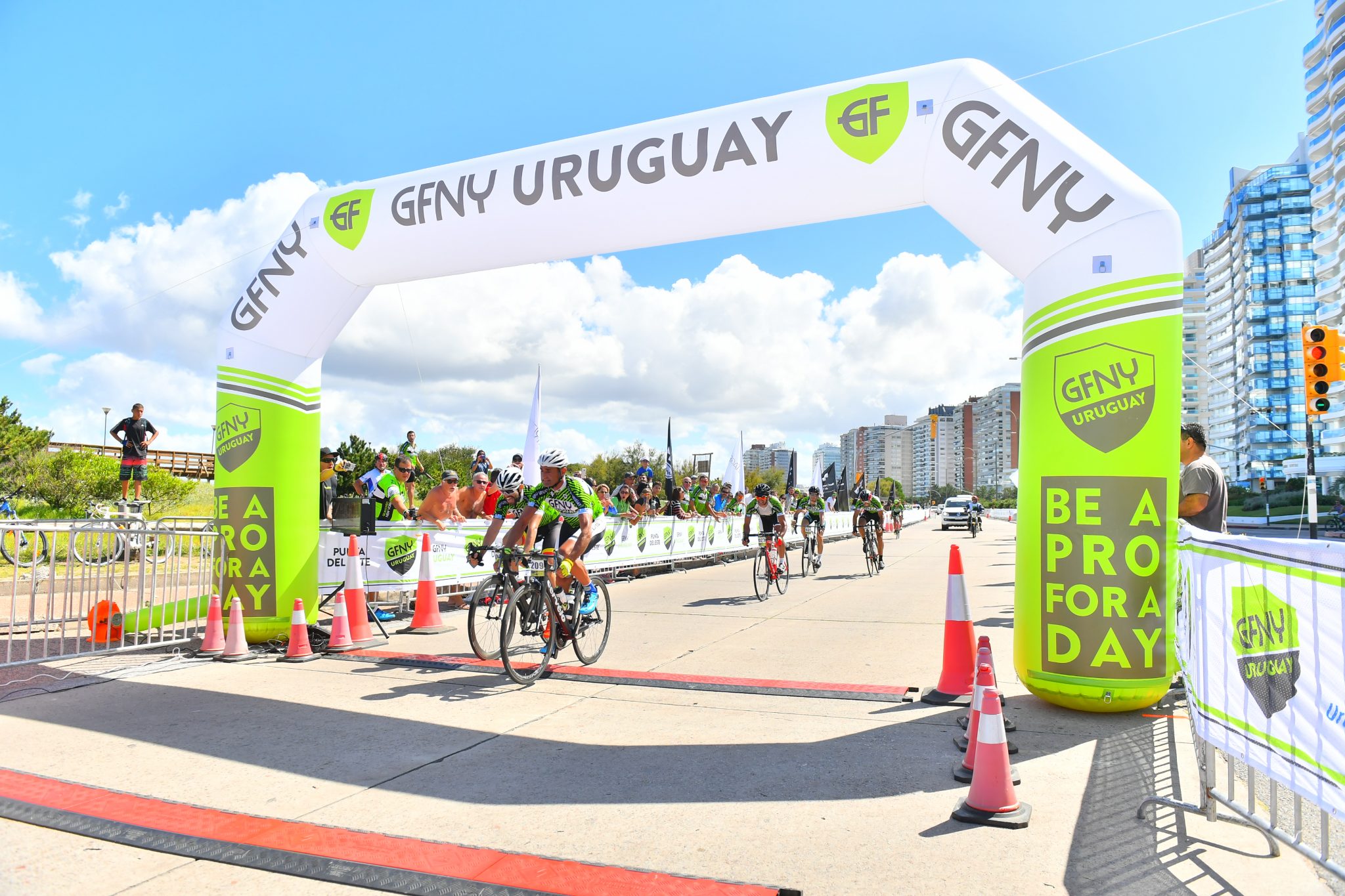