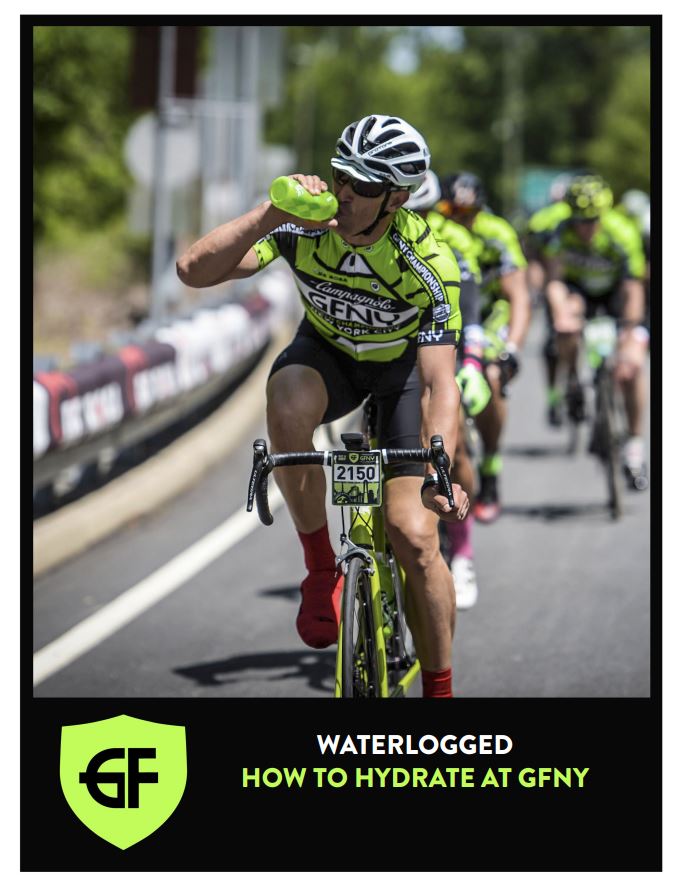 What should an athlete drink during exercise?

The idea that athletes should drink anything at all during exercise, especially marathon running, is of quite recent origin. In the early 1900s marathon runners were advised: “Don’t get into the habit of drinking and eating in a marathon race; some prominent runners do, but it is not beneficial”.

As recently as 1957, Englishman Jim Peters, who set the world marathon record on four occasions, expressed a similar belief: “[In the marathon race] there is no need to take any solid food at all and every effort should also be made to do without liquid, as the moment food or drink is taken, the body has to start dealing with its digestion, and in so doing some discomfort will almost invariably be felt”. But modern athletes are bombarded daily with a quite different message. They are advised that only if they stay “ahead of thirst” by drinking por pa to prevent “deadly dehydration” before, during and after competition, will they perform optimally in any competitive sport. Ominously we are also warned that if we do not follow this advice we risk our health, perhaps our lives. But which message is correct? Should athletes drink to “stay ahead of thirst”? Or should they perhaps drink according to internal biological signals, in particular in response to the dictates of thirst as do all the rest of earth’s creatures?

FACTORS PROMOTING THE IDEA THAT ATHLETES NEED TO DRINK
“TO STAY AHEAD OF THIRST” DURING EXERCISE.

Dr Robert Cade a renal physician at the University of Florida developed the world’s first commercially successful sports drink in 1965. Annual turnover of his product grew rapidly to $217 million
in 1985 and to $2.69 billion in 2003. The success of the product was dependant at least in part on skilled messaging promoting the importance of drinking to stay “ahead of thirst” during exercise.
This spectacular growth was assisted by a novel theory developed by staff of the United States Army Research Institute for Environmental Medicine (USARIEM), that US Military forces would gain a tactical advantage if they increased their hourly fluid intakes to up to 1.8L/hr when exercising in hot environments. This unproven doctrine spread rapidly as USARIEM-trained scientists became the principal advisors to influential bodies like the American College of Sports Medicine (ACSM). Their natural bias was to promote high rates of fluid ingestion during exercise. The result was that athletes were advised to change their drinking behaviors from avoiding drinking (up to 1969) to drinking “as much as tolerable” during exercise (from 1987 to 2007).

COMMON FEATURES OF THE DRINKING GUIDELINES
DEVELOPED BETWEEN 1987 AND 2007.

The key drinking guidelines developed by the ACSM between 1987 and 2007 promoted 4 core doctrines:

First, the 1996 ACSM Position Stand proposed that all the weight lost during exercise must be replaced if health is to be protected and performance is to be optimized. I have termed this the
“zero % dehydration rule”. The commercial value of this ruling is obvious since it requires that all exercisers start drinking “as much as tolerable” the instant they begin any exercise. The “scientific” justification is the presumption that the sensations of thirst underestimate real fluid requirements before, during and after exercise. As a result, unless properly informed, human athletes will always drink too little, before, during and after exercise.

Second, that fluid ingestion alone can minimize the risk of serious exercise-related heat illness regardless of the circumstances in which the exercise is undertaken.

Third that the fluid requirements of all athletes, big and small, fast and slow, are sufficiently similar that a single universal guideline is possible for all exercisers during all forms of exercise in all
environmental conditions.

And fourth, according to the 1996 Position Stand, athletes can safely ingest any volume of fluid at any rate both at rest and during exercise without any harmful consequences.

But none of these ideas is evidence-base; that is, none is based on properly conducted, peer-reviewed, scientific evidence that unequivocally proves these conclusions and excludes all other possible interpretations. In particular, it has never been shown that athletes who drink ad libitum and who therefore develop some degree of dehydration during competitive sport, are at an increased risk of avoidable health consequences. Nor is it certain that all the weight lost during exercise must be replaced immediately. Rather it appears that there may be a 1-2L fluid reserve within the body that can be safely replaced after, not during exercise.

Nor is there any evidence that athletes perform better during out-of-doors competition if they drink at these very high rates. Nor does it seem likely that fluid ingestion alone will prevent serious heat illness in those conditions in which heatstroke is most likely to occur, specifically competitive exercise of short duration but high intensity in severe environmental conditions and in which significant levels of dehydration do not occur. Furthermore, sustained high rates (1200 –1800 ml/hr) of fluid ingestion either at rest or during exercise are neither sustainable by elite athletes nor safe for recreational athletes since they produce symptoms of intestinal distress including nausea, vomiting and on occasion, diarrhea, all due to progressive fluid overload leading, on occasion, to death. In contrast I have been unable to track a single published report in the past 40 years of exercise-related death or serious illness due solely to “dehydration”.

The immediate consequence of advice to drink ahead of thirst was the development of a global epidemic of more than 2000 cases of exercise-associated hyponatraemia (EAH) including at least
12 deaths. In this condition the blood sodium concentration falls causing brain swelling leading to an altered level of consciousness, grand mal epileptic seizures, loss of consciousness and ultimately death from respiratory arrest. Already by 1991 we had published irrefutable evidence that EAH is the result of abnormal fluid retention in athletes who drunk “ahead of thirst” usually during exercise lasting more than 4 hours. In time the acceptance of our findings led to the revised 2007 ACSM Position Stand which now advises exercisers to drink to thirst but sufficient to prevent a > 2% loss of their starting body weight.

EVIDENCE THAT DRINKING TO THIRST IS THE OPTIMUM METHOD OF
FLUID REPLACEMENT DURING EXERCISE.

The proper experiments to justify the radical change in drinking advice after 1996 should have compared the effects of this new advice to what was then the accepted practice – drinking either nothing or ad libitum. Since this essential scientific step was shirked, a critical gap developed in the scientific literature. Thus there are very few published scientific studies which properly compare the novel drinking approach – “drinking to stay ahead of thirst” – to drinking according to the normal human biological controls, that is according to the dictates of thirst (ad libitum). However there are now enough to draw some conclusions.

The finding that “ad libitum” drinking during exercise is better than “drinking as much as tolerable” has one important intellectual consequence. It suggests that it is not the level of dehydration that determines the extent to which exercise performance is influenced by fluid ingestion during exercise. Rather it may be that performance will be optimized regardless of the degree of dehydration that develops, provided the athlete avoids becoming thirsty. In other words, it is the development of thirst that impairs the exercise performance, not the extent of the weight loss. This explanation fits with our idea that the brain regulates the exercise performance to insure that exercise always terminates before there is a catastrophic biological failure. And that the brain uses unpleasant symptoms like fatigue (and thirst) to regulate the exercise performance. So the presence of thirst may be the way in which our brain tells us we need to modify our behavior by drinking more if we wish to produce a peak performance.

If correct, this would explain why it is possible for elite athletes to perform well whilst drinking sparingly during exercise, for the fastest marathon and ultra-marathon runners to be amongst the most dehydrated runners in those races, and for athletes who have lost in excess of 10% of body weight to be amongst the top finishers in 226km Ironman triathlons.

If we wish to force all athletes to drink according to a singular doctrine, then perhaps we need first to determine what they actually do in real competitions. In a study published more than 2 decades ago we found that the majority of athletes drink about 500ml/hr and all lose some weight during exercise since they drink less than they sweat. This information influenced the evolution of the drinking guidelines that I developed for the International Marathon Medical Directors Association in 2003 and which promoted drinking according to the dictates of thirst and not in excess of about 800ml/hr. The advice contained in the most recent 2007 ACSM guidelines now echoes those guidelines.

It is clear that the factors determining drinking behavior during competitive exercise are poorly understood. Perhaps we should study this phenomenon more carefully before we produce dogmatic
guidelines that conflict with common sense, the scientific evidence and even what athletes actually do during exercise and competition.

There is no published scientific evidence to show that drinking beyond the dictates of thirst during exercise – that is drinking “to stay ahead of thirst” – produces a more beneficial outcome than does drinking according to the dictates of thirst. Since the very best athletes often develop the largest body weight losses during competitive exercise, it is entirely possible that drinking sparingly during exercise is ergogenic whereas drinking more is likely to impair performance. However it is clear that ad libitum drinking cannot produce EAH or EAHE in predisposed individuals.
Whilst we await more studies which compare the relative biological effects of drinking either ad libitum or to “stay ahead of thirst”, those advising athletes can safely be assured that the balance of the current evidence supports the conclusion that drinking to thirst is the optimum drinking behaviour during exercise. 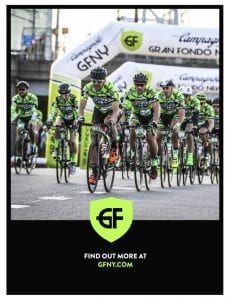 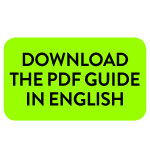